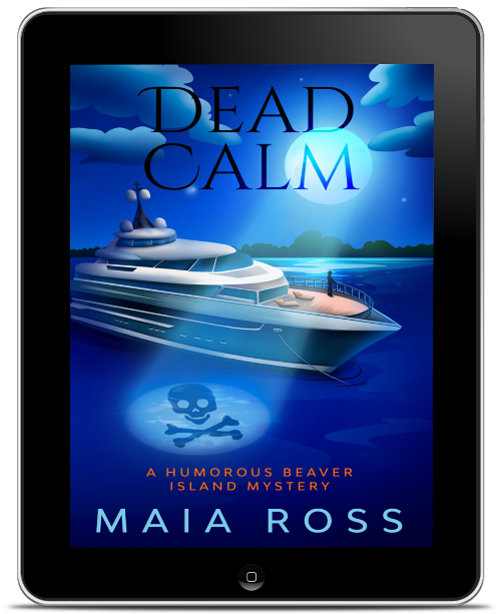 A retired spy, a nerdy city-slicker, a slothful pug, and a tractor full of secrets...

It's summertime on Lake Ontario's Beaver Island, and there's trouble on the horizon. When a remote-controlled tractor goes berserk at the ground-breaking for a new condo development—toppling some magnificent beaver-shaped cupcakes in the process—retired spy Irma Abercrombie's finely-honed paranoia goes into overdrive. And after a beloved local is murdered, she and nerdy houseguest Violet Blackheart are drawn into another island intrigue.

As Violet's vacation steams ahead, she works on reverse-engineering a tractor hack and toys with learning how to conquer her fear of boating, while Irma flirts with the idea of getting closer to a dangerous ex-nemesis.

Hoping to help her struggling company's bottom line, Violet enters a charity poker tournament on a superyacht—but she might have signed up for more than she bargained on. And will Irma have to become a stowaway if she can't get her hands on an invite of her own?

With the help of her trusty canine sidekick Mr. Pugglesworth and intrepid (but nauseous) nerd Violet Blackheart, retired intelligence agent Irma Abercrombie sets out to find a killer.

Irma's trying to conquer the world. 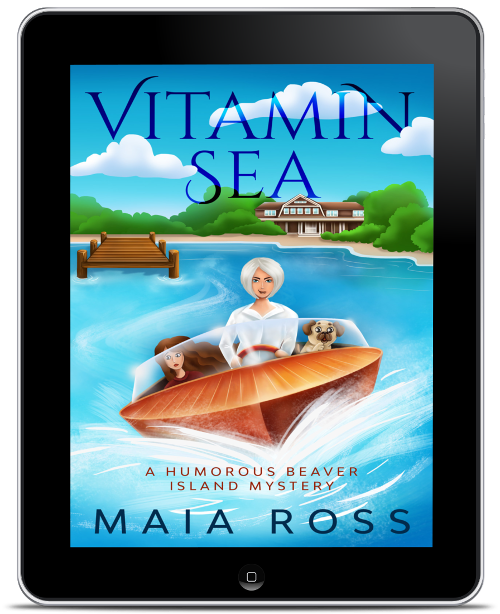 See what happens when a retired intelligence agent joins forces with a nerdy GenX couch potato...

Freshly minted retiree Irma Abercrombie wasn't looking for drama when she invited Violet Blackheart—an engineer with a serious vitamin D deficiency—for a visit at her island home. But after an armed robbery in town goes terribly wrong, they get pulled into an island intrigue: Was it a simple snatch and grab, or are there other forces at work? And if Irma's so retired, why is there a dead guy in her driveway?

Irma's hands might be deadly weapons, but she's all thumbs when it comes to computer problems. Next, she has to figure out how to convince Violet to investigate a technology puzzle that might have been masterminded by someone with a taste for murder.

Violet embraces a budding cupcake addiction and day-drinking, while Irma grapples with a bomb threat and wonders how she ended up with a pug as a sidekick...and whether Violet is hiding a few secrets of her own. Irma's headed for a showdown on a luxurious island estate, and she has every intention of dragging Violet along for the ride.

Irma Abercrombie wants to save the world.
Violet Blackheart just wants to survive her vacation. 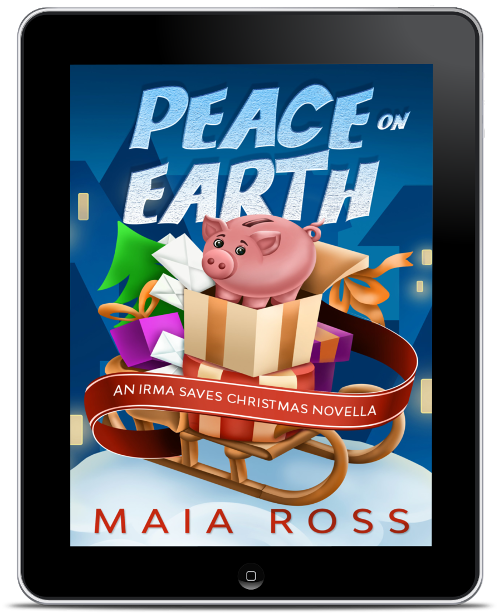 BECAUSE CRIME NEVER GOES ON HOLIDAY...

Irma Abercrombie is an energetic retiree with a mean right hook, a shadowy past, and a profound love of Christmas. Surrounded by seasonal joy—and way too many stuffed Yuletide beavers—at the island house her family has owned for generations, she's all set for the perfect holiday.

But when a young friend asks for help with figuring out a financial snafu, her perfect day is in jeopardy. Can Irma—a woman with a yen for strong tea, cardio, and a well-oiled gun—find a thief before the festive season kicks off, or will Christmas be ruined? An Irma Saves Christmas novella.